It's Thursday. I've got a couple more weeks until I can focus on all the tasks building up for me.

I have some good news about writing. I have to wait until I get home, as I don't have all the details on my laptop. It is stuff that will keep me busy, that's for sure. And totally worth sharing.

I'd like to offer up some advice to writers, as I find it pertains to them as well as to what I've told my kids.

Everyone falls, everyone falters. You aren't going to make it right out of the box. The thing that will set you apart from others is, allowing those who support you to help get you back on your feet, dust you off, and tell you to try again.

I've spent the last few weeks helping dust off one of my kids. Things are getting better, and can only go up from here. The stress of everything completely wore me down. I had no desire to do anything. I didn't even want to look at my computer, and there were days I didn't want to get out of bed.

It was all so overwhelming, my mind could only focus on helping my kid. I fought a bout of depression over it. I'm better, and I will be getting back to things as soon as I get home.

Thanks for those of you who kept me in your thoughts and prayers. Thanks to those of you who haven't left me. Your support in the writing industry is one of many things that keeps me going. So take my advice up there. It can be applied to so many things.

Have a good rest of the week and enjoy your weekend!
Posted by Mel Chesley at 11:11 AM 4 comments:

Life is just rearing its ugly head, repeatedly, it feels like. I won't sit here and lament and complain. That's not why you read this blog.

Plus, lots of personal stuff I simply don't want to share at the moment.

Needless to say, I'll be out of town for another 2-3 weeks. Depends on how well "things" progress. So even if I wanted to hop back into my normal routine, I couldn't just yet.

I've been writing down things in my notebooks, still trying to sort some story ideas. It keeps me occupied and still involved in writing. I've taken some of my short pieces off of Writing.com and put them up as notes on my Facebook author page. I might list them here as well, or at least, put in links to those pieces. I do try to write off of prompts from WDC (Writing.com) to keep things fresh in my mind.

One other reason I hopped on here today, was to inform any new authors out there to be aware of a company called American Star Books. It is Publish America. They've had so many issues and lawsuits, they have changed their name, yet again. How they keep slipping through the legal loopholes, I'll never know.

I've been told that I can now have my rights returned to me from when I first published with them, as long as I pay them $99. I was also told that my contract automatically renewed if I didn't respond within a certain amount of days of being told I could buy back my rights. Apparently, it was stated in my contract, yet I couldn't find that fine print.

But with their history of dodging lawsuits, it would be a huge waste of time and money I don't have. Maybe someday.

So there is my public service announcement for the year. I hope you are all doing well. I may hop around to some of your blogs, I'm so out of the loop, though. Feel free to update me on your book progresses in my comments! I'd love to hear from you and hopefully, I'll be back soon.
Posted by Mel Chesley at 4:00 PM 4 comments: 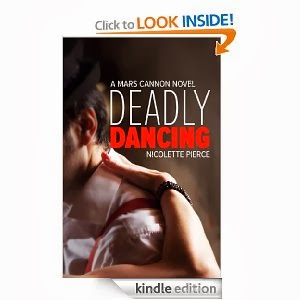 About the book (From Amazon):

Sexy, male exotic dancer Levi Mann had a secret and a long list of aliases. But there was one item on his agenda that wasn’t a secret—he wanted her—Mars Cannon.

Gorgeous E.M.T. Evan West had no secrets; he loved women. But this time he set his sights on Mars, and he’s not about to back down.

Events Coordinator Mars Cannon just wanted to get her job done, her boss off her back, and her feisty, trouble-making eighty-year-old neighbor to stop shooting paintballs at people. All goes wrong when a mysterious stranger flirts his way into her life, and she finds she’s strayed into a serial killers path. Now Mars needs to outsmart two irresistible men and outrun a killer; all while deciding between the two men who could be so right and so wrong for her.

Now, you all know I'm not much a romance reader. Especially when it comes to books that has every other page lathered in sex scenes. I'm happy to say this isn't one of those books! And I loved it. Don't get me wrong, there are some steamy scenes in this book, but the author leaves you to your own imagination instead of laying it all out on the pages for you. No pun intended.

Mars is a hard working, average girl, despite her nickname. When Brett crosses her path, strange things start to happen. Notes on her windshield, harassing, graffiti on her car, you name it. But there are two men in her life and she can't figure out if newcomer, Brett, or flirtatious Evan, is unknowingly creating the havoc in her life.

This book was a fun, fast read for me. Characters were well developed and funny as all get out. I even laughed out loud! It takes a lot for me to get that worked up over a book and characters. So, kudos to Nicolette for that.

There were some typos and errors, again, not a lot of books are without them these days. Nothing major that will throw you off for too long.

All in all, I have to give this book a rating of 4.5 skull and crossbones.
Posted by Mel Chesley at 4:30 AM No comments: 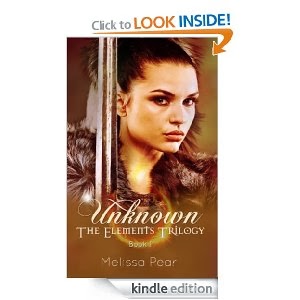 About the book (From Amazon):

Darkness is covering the land. As the city of Mezrah grows with power and greed, the rest of the world can only stand by and wait for their inevitable destruction. The only hope against this growing power is an ancient prophecy that people have stopped believing in.


This is a fantasy I could sink my teeth into. It's got a lot of the fantasy elements I'm looking for and it isn't complex. It is a nice, easy read.


What I liked about it: The characters, Kyla and Jethro, were well developed, as were the rest of the cast of characters. There is a bit of intrigue in here, something you wouldn't have expected until you reach the end. I certainly didn't, and I'm usually pretty good at guessing what my happen. I was way, way off on this one.


Kyla is a young princess and only surviving heir to the throne. Her father and brothers were killed in a brutal war, one in which they were severely outnumbered. Jethro is her lifelong pal, born on the same day, they have a connection that cannot be severed. Especially not now.


What I didn't like: I have to admit, I felt that the budding relationship, the adult one, between Kyla and Jethro took precedence over all. It wasn't a "background" story. Near the end of the book, I wanted to call up the author and say, "Okay, I get it. They have feelings for each other!". Don't get me wrong, I'm not trying to be mean. I'm just not huge on romance taking over a story that is clearly destined to be a great, epic tale. There were some typos that sort of threw me off, but no book is every perfect, we all know that.


All in all, I have to give this first book in the series a 4.5 skull and crossbones rating. Well done!
Posted by Mel Chesley at 4:30 AM No comments: