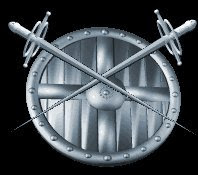 I had some great advice given to me. Something I have not heard in a very long time.

I found a critique group. I had submitted my first fourteen pages or so for a critique and held my breath. I have been revising my Legend of Black Rose story for some time. I handed it off to a few Beta readers and friends, then waited for feedback. I got feedback, stripped it down to the bare bones, trying to get a feel for what I wanted to do with it. I'm now working on my third (or is it fourth?) revision. I've lost count. Not a big deal, I'm still struggling with it.

So when I plopped the first pages into the critique group, I felt absolutely sure they were trying to figure out how to politely tell me that my writing sucks. Really.

Over the course of many years, I have changed a lot in my writing, but my style. My style is my own... I don't even really know how to describe it. I've grown and progressed, I feel, a lot. A few things I have been told are that I change tense in the middle of a sentence and my comma usage is horrendous. I have also been told I use "was" an awful lot. So I worked and concentrated on those things, worked on a few areas that were considered problems. In the end, I began to scrap the creative stuff.

So what advice was given to me? To slow down and build the world I've worked so hard to create. I'll be honest, I don't think word counts dangle over me like Damocles Sword. I am afraid that I won't get to the point of the story in time, that I have to rush the plot. I'm not afraid to have a series of books dedicated to one story. (I actually have plans for that on the second book I've put on hold.) I am an instant gratification kind of girl and would like to see the entire story laid out quickly, poof, there it is, done! Sure. In my fantasy world, maybe, but not in this reality.

I thank you, Michelle, for reminding me of what I started - that my story is going to take time, no matter how many books or how many words. It will be done when it is done. That goes for most writers, fantasy being the exception as well as sci-fi. I have a really interesting world and I am just excited to share it. I'm learning patience, it is a hard lesson, but I am learning it just the same. :D
Posted by Mel Chesley at 3:24 AM

Hi Mel!
I know what you mean about your writing journey. I've done most of my growing the past year and a half and I've been writing since I was 10 years old!

The reason why is because I've finally sat up and said to myself, "I want to be published." And of course, with that, you learn all the rules and stuff.

And yes, I decided to be published as well, some time back. I almost gave up due to my own mistake, but I've come back and am taking things a lot more seriously.