The long irons thundered around them and fire crackled like lightning. The screams of dying men filled the air like background music of some macabre symphony. Men fought in the water, between the two behemoth ships, unaware of the collision course. Just as two men swung into the air, cutlasses drawn, the bow of both ships connected with a resounding crack of wood that rose above the noise of the fight. More men lost their balance with the collision and were tossed mercilessly into the drink to fight for their lives as embers drifted down like fiery snow. The Captains, locked in combat on one ship, lurched at impact, but did not lose their footing.
"Now you owe me a ship, as well," Alyxsander snarled at his one time friend and crewmate.
"Me? It was your ship that ran into mine!" Rastuff growled back, incredulous.
"If you hadn't taken my gold, started a mutiny and tried to run off with my sister, we wouldn't even be here in the first place!"
The two men grappled, then pushed off of the other. Alyxsander parried a blow, then quick like a striking snake, pierced Rastuff's chest with a lunge.
Rastuff looked down at the blood that bloomed from his chest, soaking his shirt. His fingers loosened and his blade rang out one final time as it struck the deck. He crumpled to his knees, his eyes fixed on Alyxsander's face.
"She loved me," he whispered. "She came to me. I did not pursue her because you were my friend."
Alyxsander turned as pale as his former friend, eyes wide, as the man toppled to his side, dead.. 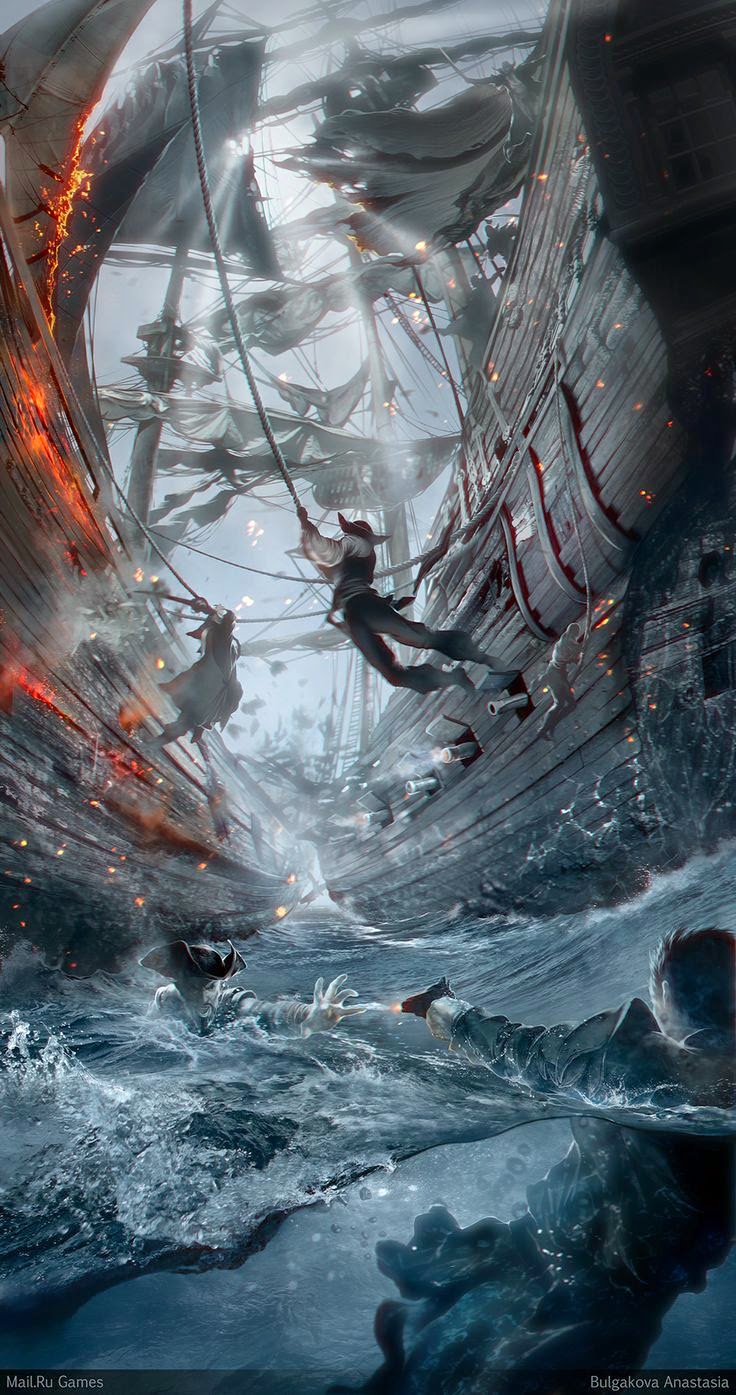 You really captured the essence of battle. And so sad. He just killed his friend.

Thanks, Alex. :) That artwork really helped to capture the sounds of battle in my mind.