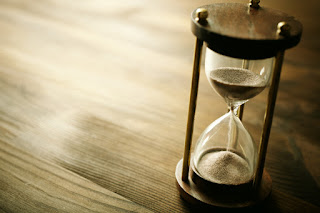 I know it has taken me a long time, I know you've all been patient. I do have to let my characters "speak to me" on a certain level and figure out the way the story is going to go.

This is my first story idea, adapted several times over because it just "wasn't right". I used to have a bad habit of scrapping everything I had and starting over and was trying to stop doing that, and due to certain companies that Shall Not Be Named, I did end up doing just that.

So, I had to make it right, make it where I would be happy with it and not throw my hands in the air and say, "Screw it!". And due to that fact, I was literally writing by the seat of my pants and not plotting anything out, so when it came to book two, and soon, book three, I found myself having to plan around something that didn't originally have a plan.

That's... difficult, to say the least. I don't know how many of you wrote a book by the seat of your pants, then had to plot out the rest. It's stress inducing, for sure.

If there is one thing I have learned from all of this, it would definitely be patience. When this story idea first popped into my head, I was so, so eager to share it with the world.

Scared as hell, but eager.

I couldn't wait to get it out there and see the reactions of others! I had stars in my eyes.

Now, after all has been said and done, after all the reviews, I'm a hell of a lot more cautious than I was that first time out. I'm trying to perfect the middle and ending of this story.

If I had the opportunity to go back in time, and retain the knowledge I have, I would definitely sit myself down and say,

"Hey. Don't be a moron. It's going to get published, even if you have to do it yourself. Which, will be possible. So don't rush it. Don't hack it to pieces and panic about it later. Just. Slow. Down."

I'm writing this now, because last night I had the end of book two come to me.

Prepare yourselves, it's going to be a cliffhanger, just like book one. 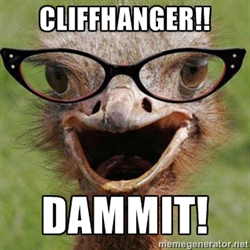 It's how I roll. I don't know what to tell you. Some people love 'em, some people hate 'em. I know there are quite a few people out there waiting for me to just finish the series before they read it all. I get that. I really do.

But these books have taught me to plan out a story now. So the next few ideas I have, well, they're all planned out, beginning to end. The characters are waiting in the shadows of my mind to be released onto the world. And with this planning, comes speed. I'll be able to hammer these out, get them edited while working on the next one, etc.

I see stories in my future.

So tell me. What has writing taught you?

Writing taught me that it takes time.

You learn a lot from the first book to the second. And that's all right.
I guess I'm glad I plot my books and outline.