I'd like you all to welcome Cathy Benedetto to my blog. I'm the first stop in the tour, so let me share the link with the tour schedule for you now: Tour Schedule and be sure to check out the purchase links for her books at the end of the post!

Without further ado, take it away, Cathy! 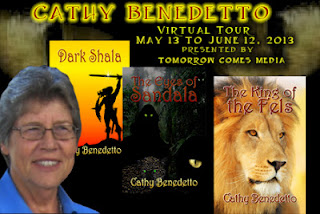 I’ll never forget author Terry Brooks’ advice in Lessons From A Writing Life. He adamantly
stressed the importance of working from an outline. A fantasy panel guest, he had given
talk on the necessity of outlining. Afterwards, fellow author Anne McCaffrey whispered to
him “sweetly”, “Terry, I don’t think I’ve ever outlined anything in my life.” Brooks’ admission
cracked me up and resulted in an epiphany that created my first rule for aspiring writers:

1. Beware of rules set in stone.

Personally, I use an outline that’s more of a storyboard. I like visual reminders on post-it notes
tacked horizontally across an eight foot dry erase board. It helps me keep true to the storyline,
and serves as a reminder of unresolved issues. But I love Anne McCraffrey’s dragon series and
find her plots compelling and complex. It amazes me that she does this without an outline but
proves my point. Not all writers need an outline. This segues nicely to my second rule:

I coached women’s sports for over 25 years. During that time I went to numerous coaching
clinics and listened raptly to the beliefs of the nation’s top coaches. Dale Brown, from LSU
and Shaq’s college coach, was the one who said, “know yourself”. His point was to be true
to yourself, to know who you are. You can’t walk in another coaches’ shoes. You can’t copy
anyone else’s style and expect to have the same level of success. Be honest with yourself and
evaluate whether or not your personality and work skills can tackle a method someone else
uses. By all means, go to workshops, read magazines, take it all in, but instead of trying to use
advice from everywhere…

Look for the golden kernel among the entire crop of corn, that one piece of advice that results
in your light bulb turning on. In other words, incorporate an idea if it fits who you are. Best-
selling authors may list their Top Ten Secrets, but it’s entirely possible and indeed, likely that
most won’t fit your personality, your work ethic or your writing skills. It’s also possible that your
golden kernel is a realization that you need to change a bad habit. For example, you may love
to write from the omniscient point of view, but you might lack the talent to do it. This goes
back to the “be honest with yourself” phrase mentioned in number two. If you can’t honestly
self-evaluate, you’ll never find your personal golden kernel. And, the first step towards self-
evaluation, is to…

4. Be Open to Criticism

In the world of competitive sports, this translates to “being coachable”. Ask yourself, as a
writer, can I deal with constructive criticism? Having my feelings hurt? Can I really listen or am
I mentally refuting everything being said to me? Am I willing to try another way? Can I throw
out my much loved prologue, or kill off my favorite character? Can I be honest with myself and
admit my weaknesses? Can I come to grips with the fact that while not all rules apply to me as
a writer, most do? Can I be honest in evaluating my strengths and weaknesses so I can grow as
a person and as a writer? My fingers are crossed for you and I wish you success, but right now I
need to go and shuck some corn. 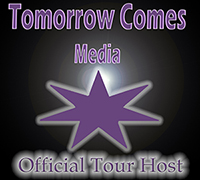 Ms. Benedetto is a writer, artist and avid reader. Her love of science fiction and fantasy inspired her
trilogy about the mystical race of warriors known as Shala. Her favorite authors, Anne McCaffrey, Robert
Jordan, and Orson Scott Card, have spun stories that shifted Cathy’s imagination into high gear.

The former Vice Principal and education consultant, Cathy was also a five time softball All-American, and
AAU basketball All-American. She was a member of the U.S. Women’s basketball team that played in the
World University Games in Czechoslovakia and the Pan American Games in Canada. While coaching, she
was published in the Women in Sports magazine and wrote a column for the Bellevue Journal American.

Purchase link for 'The Eyes of Sandala'

Purchase link for 'King of the Fels'

That's funny. Brooks is still awesome though.
I know my style and intend to stick with it and just keep improving.

And thank you Mel for having Cathy aboard today! :)

Same here, Alex! Thanks, Cathy, for those kernels of wisdom! And anytime, SG!

Being open to criticism I think is an overlooked trait; quite a lot of authors have too much pride and a little too much ego - criticism (so long as it's constructive) is the best way to grow.