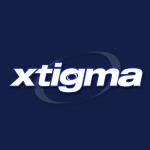 Ha! Wrong spelling but I used X! Not X-ceptionally well, either. X-ray is about the only word I can think of at the moment. I'm going to be stumped when it comes to a band name that I like...

However, I do have an X to discuss. Xargil. (Shar gill) HE is my god of Fate. Fancy that. Here is what I have written on Xargil:
Surrounded by tomes and scrolls that outline the lives of every mortal, this God knows what’s in store for us all. Xargil is always making notes and changes. No matter what he has in store for us, nothing is ever set in stone. Xargil has been known to appear to mortals in the form of a male human scrivener. His physical appearance changes, depending on the monastic order in which he appears.

Scriveners are mortal beings who serve the god of Fate. They become monks of sorts at a certain age. How do they become Scriveners? They're born to it.

Just like the Mahjii (Muh geye), Scriveners (Skriv ehn ers) are born with a power that does not reveal itself until a certain age is reached. When a potential Scrivener is born and they reach the age of 12, they will suddenly fall into a trance-like state. They'll begin to "write" in the air and as they do so, words will appear, golden and floating, flash and disappear. What are they writing? The future. Say a Scrivener to be suddenly falls into a trance while swimming with friends. They'll suddenly write what is going to happen. Either they'll have an enjoyable day or perhaps someone will drown. Maybe a storm blows in fast and furious, with lightning striking the pond or lake they're in. You get the idea.

So Scriveners of Fate serve the god, Xargil. But mortals being what they are, they always try to find these Scriveners and sadly, kill them. Their reasoning is that if they can kill the Scrivener, their Fate will be their own. So Xargil has a small island for those who serve him, hidden by magic. Only Scriveners can find it and when they turn 12, they must leave home or be destroyed by the ones who loved them. Not everyone seeks them out to kill them. But they leave home, nevertheless for their own safety and protection, seek out the Isle of Fate and live their days serving the god who bestowed this gift upon them.

Okay, hopefully that wasn't too awful long today. I didn't want to suck you into another long post when I know you have lots more to read than just mine! Now, I sort of cheated with the band name, but I think I have found me a new fave trance/progressive group. Can't call them my favorite just yet, though. 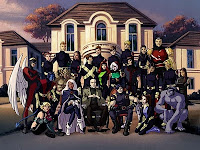 Band: Xtigma. Favorite Movie: X-Men. That was a given! I love the comic books too!
Posted by Mel Chesley at 7:00 AM

Interesting god of Fate, there. ;) I love Xmen too, dang it.

Ooooh... I love learning more about your world. So fascinating.