Year of the Tiger... 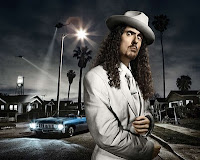 Well, I am going to prove my love of research here in this post. Y has been a difficult letter!

So let's get down to it, shall we?

Year of the Tiger. The year 2010 is the Year of the Tiger according the Chinese Zodiac. The Tiger symbolizes bravery. The Tiger is courageous and a fighter, protecting households from the Three Tragedies: Fire, Thieves and Ghosts.

Yawns: Old superstitions believe that when you yawn, it is a sign of danger nearby. Others claim when you yawn, you must cover your mouth or your soul will escape.
Why do you say, "Bless you" when someone sneezes? Same reason. Most used to believe your soul fled with the sneeze and blessing the person brought it back. Or, the Devil would enter and by blessing the person you drove him back out.

Yoga! I love Yoga, I have recently begun doing regular Yoga workouts. Yoga is stretching of the muscles and deep breathing. I'm overweight and Yoga is helping me build a regular exercise routine. But where did Yoga come from? The origins are from India. Yoga is meditative in nature, originating from Buddhism and Hinduism. One who practices Yoga to a high level of attainment is called a Yogi or Yogini.

Yogurt. Just how good is yogurt for you? Well, it has been around for over five thousand years and no one has ever claimed it bad for you. Yogurt is world-wide. The Turks, Greeks and even Americans have enjoyed yogurt over the millenia.

Without progression of languages over the years, we would still be stuck calling each other 'Ye'. A derivative of Old English, ge and pronounced like yea. In the early printing press days, Y took over the thorn (a letter in the Old English and Icelandic alphabets) so instances of Ye Old Shoppe actually referred to 'the' instead of you.

All right, all right enough history for you I suppose. Which, if you didn't know, Queen Elizabeth (1533-1603) was actually killed by her make-up. Talk about looks that kill!
I swear, that was the last! Okay on to... 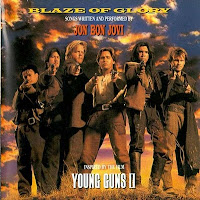 Haha! Good use of the letter Y. Interesting tidbits for sure.

Rawr. I was born in the year of the Tiger!

And I practice yoga. And I love yogurt, especially Greek yogurt. Nom!

Thanks for your comments. :D And I agree, Summer, Greek yogurt is the best!