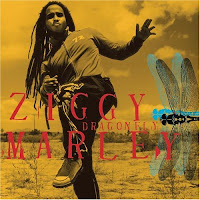 Zebra, zoo, zepplin... Lots of Z words to choose from. Would you believe, though, I have a goddess? Whose name begins with Z?

There is no mistaking Zesial when she appears on the mortal plane. Her appearance and leaving are marked by a bright, shining aura that surrounds her. Recognizing the harm it can do to mortal eyes, Zesial dims this aura during her visits, and takes the guise of a young human woman with flowing, floor-length, auburn hair and twinkling brown eyes. She has been known to pull a dying creature who has committed great acts of bravery, faith, or compassion from the mortal realm, to place them in the heavens; thus immortalizing them. The constellation known as The Faithful was created by her at the behest of Yizanthia.

And yes, I had Yizanthia (Yeh zan thee uh) and could have used her yesterday (wow now look at the Y's) but actually didn't even think about it. So I will give you Yizanthia as a late post:

Patron Goddess of Travel - Patron Goddess of Pilgrims, Adventurers, and anyone else who travels, Yizanthia appears in the guise of a young woman with flowing red hair and green eyes, wearing a light brown travel cloak. She has been known to break bread with pilgrims who have traveled for many years and has also, according to legends, joined with a few small bands of adventurers who were unsure of their paths or who had lost their way and gotten into situations past their abilities to handle. Yizanthia once appeared before an old couple who were traveling to visit their dying daughter. They had walked beyond their capabilities and were alone and scared in a dangerous wood. The Goddess passed the night with them, working secretly with Erlaynia (Er lay knee uh) to keep the couple safe from animals and bandits. Yizanthia believed that they were unaware of her true self; yet the old woman figured out the secret, and spoke of Yizanthia to everyone she knew, telling them of the kindness of the Goddess.

Zesial is the goddess of the stars and constellations. I have only a few constellations with stories behind them at the moment. I have lots of work to do on the folklore and history of my world, but it all seems to come out when needed and recorded then. I do have a story of a young dragon who, upon being hatched late one night thought that the moon, Merydwen (Mare ee dwen) was his mother. He stretched out his little, leathery wings, breathed fire on them to dry them out and gave a few tentative beats. Lifting himself from the ground, he was pleased he could fly up to his mother and flew towards the moon. The effort was so great on the dear, little thing, that he plummeted towards the earth. Zesial had witnessed his fall and caught him just before he hit the ground and lifted him up into the stars where he could be close to Merydwen. He follows her across the night sky, always a little behind, but always there.

So there is my final alphabet post. Look for my post May 3rd as I join the rest of you, along with Arlee and sum up this month and what it meant to me. And as usual:

Of course it is "zed" down this end of the world not "zee". So I am just going to pretend I don't know what your post is about :)