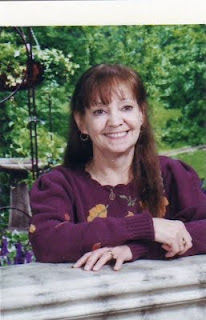 I had the privilege of reviewing a cool fantasy called "Elf Killers" by Carol Marrs Phipps and Tom Phipps.

I'll be doing a giveaway of their book. Want easy? How about this, all you have to do is look for the review and then leave a comment to be entered into the drawing! Can't get any easier than that, now, can you?

I'll be posting the review in a few days, but thought you all might like to get to know the authors first. So without further ado, here it is:

1) Tell us all a little bit about yourself and Tom: 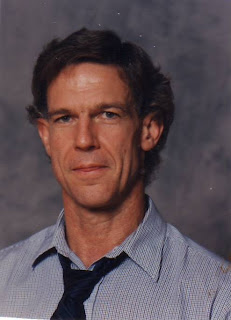 Carol Marrs Phipps: Tom and I have spent the last twenty years (not counting the last two) teaching on Native American Reservations in the Southwest. (Arizona, Nevada and New Mexico.) Since we own a farm in Illinois, each year when the school year was finished, we would return to the farm for the summer. The traveling was great for most of those years, but it began to wear on us after awhile and we decided we wanted to get closer to home. Meanwhile, what we longed to do even more was write.

We moved back east and Tom took a teaching job in southern Illinois. Jobs for elementary teachers, however, were scarce at the time and we decided to take the opportunity for me to begin writing full-time and hopefully, Tom could do the same in a year or two. That is still the current plan.

C.M.P.: "Elf Killers" is a story about a peaceful populations of Elves who are being hunted as prey by a large clan of night stalking trolls that believe themselves to be the only true people in the world. Hence, every other creature is theirs to do with as they please, including the Elves who have become the main staple of their diet.

Although the Elves have magical ability, they learned from their very earliest encounters with the Elf Killer trolls that the creatures were utterly immune to magic of any kind.

Eventually, the Elves began to fear extinction of their race and decide the only chance they have to survive is to sail across the sea in search of a new land to rebuild their lives and their numbers.

When the Elves are nearly ready to set sail, a group of young Elves are sent off into the forest to collect seedlings from the trees the Elves have used for medicinal purposes for thousands of years. Unfortunately, the trolls encounter the young Elves and one of the leaders of the seedling expedition is mortally wounded while the others scatter frantically deeper into the woods.

The young wounded Elf manages to mount his unicorn and gives it instructions to return to the beach camp where his people are making the final preparations for their journey. Sadly, when the unicorn arrives at camp, the brave young Elf is already dead leaving his people to conjecture about the fate of the rest of the group of youngsters.

Believing that the group of young Elves could not have possibly survived, the rest of the Elves set sail on schedule. The youngsters are left to cope with the Elf Killer trolls as best they can, save for a small group of the older Elves who refused to believe that their children were all dead.

3) Was collaborating with your husband difficult?

C.M.P.: Actually, no. Collaborating with Tom was amazingly easy. We got to where we'd take long walks together and brainstorm until it was clear where things should be going with the story, then, it just kind of all flowed seamlessly together. Of course, we've been writing together now for about fifteen years. We have an epic fantasy series (nearly complete) that we've written together that we hope to start getting published in the near future.

4) What made you choose fantasy as a genre?

C.M.P.: I love to read fantasy above all other genres, so I just naturally gravitated to it when I began to put pen to paper, as it were.

5) Do you write in any other genres?

6) Do you have any other books in the works?

C.M.P.: As I mentioned in question three, Tom and I are currently writing an epic fantasy series. It is called Heart of the Staff and we have completed the first four books so far. The epic spans the lives of four generations of a wearing family who are direct descendants of the First Wizard.

7) How did you choose the names of the Elves in your book?

C.M.P.: The Elves names are all from a list of Irish names I got from the internet. End of that mystery.

8) And now a completely random question: What is your favorite snack while writing or watching a movie?

Thanks so much, Carol and Tom! I loved the Irish names, knew they were Gaelic in nature but wanted to make sure. I have a Sorcha as well. ;)

All right, remember, keep an eye out for the review of "Elf Killers" by Carol Marrs Phipps and Tom Phipps. Post a comment on the review and that will be your entry into a drawing for your very own copy! See you then!

Congrats to the Phipps! I wish you all success with Elf Killers.

Mel,
Thanks so much for the interview and review. Tom and I really appreciate it.

Many of the names in our books have Gaelic origins as do I (Irish on my mother's side and Scottish on my father's (with a bit of French, German and Cherokee thrown in for good measure).

Cool interview. Sounds like a good read. Seems collaborating would be difficult, glad it wasn't.

Thank you, Doralynn and collaborating with Tom is really fun. It is another thing we have learned to share and enjoy in our marriage.

You are most welcome Carol! This was fun and I got to connect with another fantasy author. Woot!