You know, over the course of the years I have been blogging, not once have I ever talked incessantly about pirates.

Very good question. I have been told numerous times by people in the SCA (Society for Creative Anachronism) that pirates were the rock stars of the 17th century. But that isn't why I like them. I think this may be why everyone else likes them. 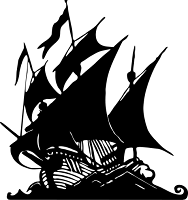 Personally, I like pirates because I love the open water. I would love to sail away on a barque, explore the sea. So why not buy a sailboat? It just isn't the same. The freedom the open water gives you and the fact that you could very well make a good living off of everyone else's hard work... did I just say that? Ha!

No. Seriously. I'd make a horrible pirate. I can't stand rum. I'm allergic to gold or at least the nickel in the gold.

Hmm... Pirates don't follow the rules. They don't follow the 'norm' of every day living and clash against what society thinks. They go against what society says they should wear, do and how they should act. THAT is the heart of it, for me. That is why I like pirates. I am an outcast in our society because I don't do things the way everyone else does. Combine that with a love of the sea and all things medieval, well... yeah, it is only natural I am drawn so heartily to pirates.

I'm sure there is more to this love affair. But, that is the heart of it all. I flaunt my individuality and tend to rub it in faces. I have strong, solid morals built into my very fiber, so that is another reason I would be a bad pirate, but those morals play a strong role when going against something I feel is wrong, no matter what society says. Yes, the pirate in me has come out on several occasions in the past couple of months. I can't help it.

So I hope that alleviates your curiosity. Do I write about pirates? You BETCHA! I have several plans for a certain pirate in my writing future. Don't worry, I won't make you wait as long next time.


Happy Monday!
Posted by Mel Chesley at 6:00 AM

Know what side you take in the great pirates vs. Ninjas debate!

I can't agree more with what you said... I'm covered in tattoos and I'm in the navy... I'd like to think I'm something of a pirate myself. Keep flying the black flag my friend;)

The pirate culture that's grown up in fiction is fascinating, though of course the reality would be terrifying. I wouldn't mind buckling the swash myself :)

Yeah, sadly I would have to choose pirates, Alex. No offense lol!

@ Jamie ~ Yes, the reality would be more terrifying, but fun as hell! Swash that buckle!