Welcome back to Stuart Jaffe! This is his take on World Building: Languages...

Invariably when talking about world-building the subject of languages comes up. Really the question has more to do with what level of detail should a writer strive for. After all, the godfather of the genre, J. R. R. Tolkien, created entire languages both written and verbal for more than one race of fantastical beings. If Tolkien is the gold standard, then shouldn't we all be doing this? The answer seems to be Yes even though many writers want it to be No. After all, that's a lot of extra work.
But if you think about language usage in terms of level of detail instead, the answer gets a bit more murky. How many times have you read the advice not to include every detail you've researched and imagined? Hundreds, probably. So, wouldn't language come into play with that level of detail -- as in, it's great research but too much detail for the book itself?
All right, enough with the rhetoricals. Here's the answer in plain English. Tolkien loved language, studied language, and understood language, so he used that knowledge in his literary creations. If you share that passion, then go for it. For the rest of us, don't worry about it. You don't need to do it like that.
All you really need to do it HINT at another language. That's really all we do with world-building anyway. We drop hints as to what the world looks, smells, feels, tastes, and sounds like. We can't possibly include everything. Besides, over centuries upon centuries, storytellers have learned that an audience's imagination will always be stronger than the author's of the story. Hint at things and the reader will fill in the rest.
When it comes to languages, all you really need to do is hint at the flow of the words. In most cases, that means you'll be dealing mostly with two senses and partly a third. The primary sense is sound. How do the words of your made-up language sound? Listen to the Klingon language. It's rough and harsh, filled with hard consonants and guttural noises. This fits their race perfectly. It wouldn't sound right if the brutal Klingons had a language that flowed like French.
The next sense is sight. A writer communicates with words, and most of the time, those words are read. So, a little care should be given to the way your new language looks on the page. For awhile, it was in writer vogue to use lots of apostrophes in names and languages. As in: K'larta said, "You are the chosen k'gla'tyu. We must all join the ch'hu in ten re't'oo for you to receive the magic w'w'a's'g's'a'wq." Like my last word in that quote, the usage got a bit out of hand and has mostly died away. It was popular though precisely because, visually, it hinted at a more complex and fantastical language.
The last sense to consider is the feel. Here I mean the literal feeling of the words on your tongue, teeth, throat, lips, and all other parts of your mouth. This one isn't as important unless the language is vital to the story beyond the world-building, but it can be fun and it can add another layer of texture to your world.
Just remember -- in all these cases, the key is to use the techniques sparingly. Hinting at things, giving just enough of a taste that the reader can make up the rest, will serve you infinitely more than all the cool descriptions you can think of.

Mel: I love Tolkien's languages and so glad he took the time to come up with them! Thanks, Stuart, for your time. Here is a look at Stuart's upcoming book, Available September 20, 2012: 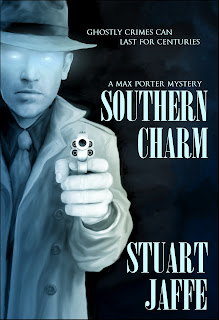 I decided not to worry about another language for my books. Made up cuss words are goofy!

I have a hard enough learning a foreign language (though I have tried), never mind making one up.

Thanks for having me here once again, Mel!

Alex -- I agree with the notable exception of BSG and the word Frak. They didn't invent this replacement for the f-bomb, but they did popularize it, and for some strange reason, it works. Probably because it sounds close enough to the actual cuss.

Stina -- I'm right there with you. After taking Spanish for 4 or 5 years throughout high school and college, I still never managed to get past Spanish II.

Stuart it's always nice to have you guest post! Thanks for hijacking my blog once again. :D