Hey everyone, I would like you to meet Victoria Adams. You will find her interview and after that, her book, links and an excerpt. Enjoy and give her a warm welcome.

1. Please tell us a little known fact about you: I have a 2nd degree black belt.
2. What was your favorite genre to read growing up? Is this the genre you currently write in?
Grew up reading mysteries – Agatha Christie, Sir Arthur Conan Doyle. I write NA and
contemporary romance.

3. What inspires you to write? I'd say my muse or if you don't believe in that – my creativity.
When my brain gets an idea, I run with it.

4. What sort of atmosphere do you need to write? When an idea hits, I can write anywhere. Wrote
a flash fiction piece while trying to board an airplane. The piece just clicked and I had to get it
down. Grabbed my little book and pen out of my bag and scribbled as I worked my way to my
seat.

7. Who is your favorite character of your own creation?
Robert – he's a fighter in more ways than one. The world has kicked him down so often, but he
hasn't lost his humanity.

8. When did you decide to become a writer?
A former student complained that there was nothing for her age group to read. So I wrote
something for her.

10. Why do you write? It is the way my creative brain wishes to express itself. I can't draw or sing,
so I write.

11. What’s the best piece of writing advice you have ever been given? Get a good cp – critique
partner. I have 2 fantastic ones.

12. What’s the worst thing someone has ever said about your work? That I couldn't write the way
that I do – it was wrong. I had to write like everybody else.

14. And last, but not least, something really random:
~ What is your favorite meal? Mac and Cheese 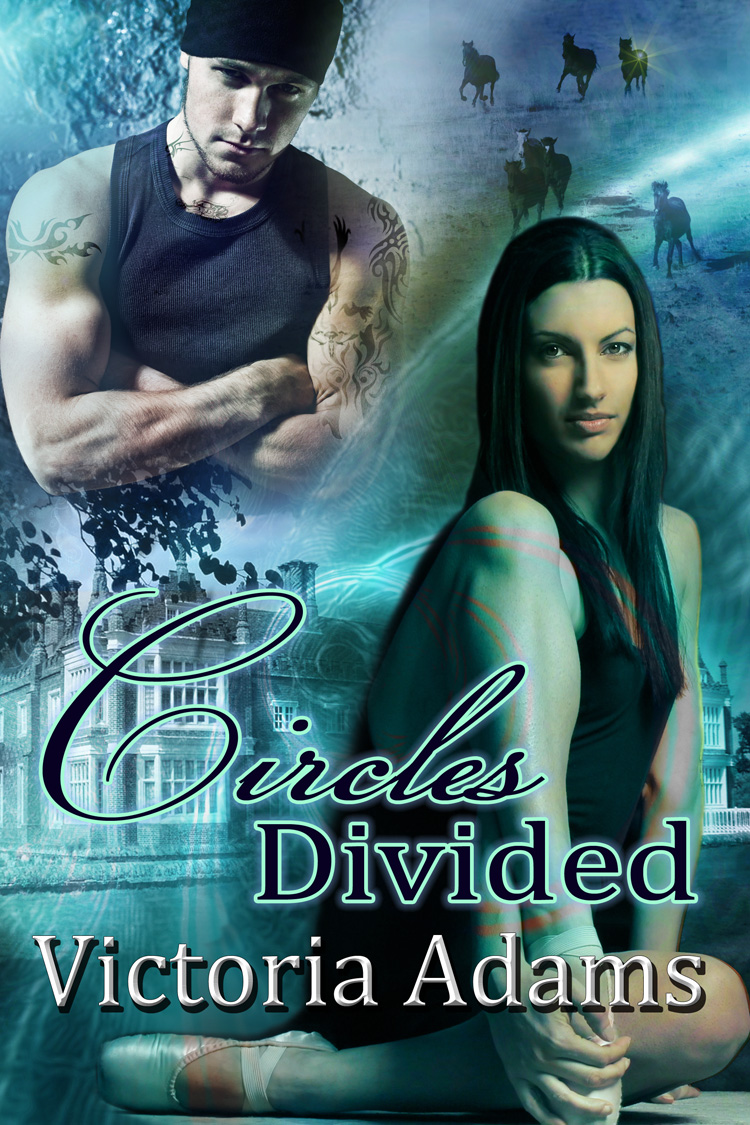 Book Blurb - Circles Divided– Book Two of the Circles Trilogy - One born into
privilege and a charmed life surrounded by love and family. The other born to a life of violence on
the streets as the solemn gang leader of the notorious Shoresmen. What happens next for prep school
lovers, Julie and Robert, when both are caught in the passions of young love and social dilemma.

Is the love of a girl from wealthy Westland and a street punk from the slums of the Shore strong
enough to surpass all that life will throw at them and forge a life together? Is Julie willing to sacrifice
her childhood dream of becoming a professional dancer for the man she loves? Is Robert willing to lay
down his ties to the gang in order to hold onto his new found love?

Sacrifices must be made, but will they be enough?

Author Bio – Born and raised in Ontario, Canada. Victoria lives in the country where she takes
long walks on her quiet country road and in the summer tends her flower gardens and vegetable patch
and in the winter dreams about them. Her large farm house now holds only 2 cats, herself, her husband
and a ghost.

Excerpt –
Robert is called into a conference at the prep school he attends.

Mr. Craig pointed at the thick folder on the table. "That's Robert's academic records from

Kindergarten to the present. It's full of teacher and psychological reports, intelligence tests, and parole

The counsellor shook his head as he rifled through the file. "I suggest you read this one. It's

from the head of the youth services office, and it states that Robert's attitude and behaviour are a result

of his rebelling against his life in an effort to survive and succeed. This one." He removed another

paper. "Is an intelligence report showing him to be reading at a level six years above his age. If you

scan through you'll note his mathematical abilities scored even higher."

As the dean read the reports, Robert held out his hand. "Can I see that?" He flipped back to the

beginning of the folder and found his first grade photo. His hair was messy. His eyes were bright with

child-like joy and a tooth was missing from his wide mouthed grin. He tapped Mr. Ross on the arm and

Robert flipped the papers until he reached his second grade photo. While his hair was still

shaggy and his tooth had grown in, he sported an angry bluish-green bruise on his cheek. A jolt of

anger surged through Robert as he remembered the uncle/boyfriend who lived with them that year. The

man had big, heavy hands and a short temper.

Mr. Ross leaned in to whisper a comment, but the expression on Robert's face stopped him.

away. He still had those eyes. The eyes he hid behind, challenging the world on a daily basis.
Posted by Mel Chesley at 7:00 AM

I don't technically believe in muses, but I refer to my creativity when writing as one. It's just different from my thinking when doing anything else. Almost separately human.

Thanks for having me here.

You are most welcome! Thanks for being a part of my blog. :D

Great interview!! So cool you have a 2nd degree black belt! I, too, have learned to write at the drop of a hat. Anywhere, anytime, lol. You just have to with life, kids, work, etc. Your book sounds awesome!! Can't wait to read it!!