Here is another piece of flash fiction for you, including the picture that prompted it. Enjoy! 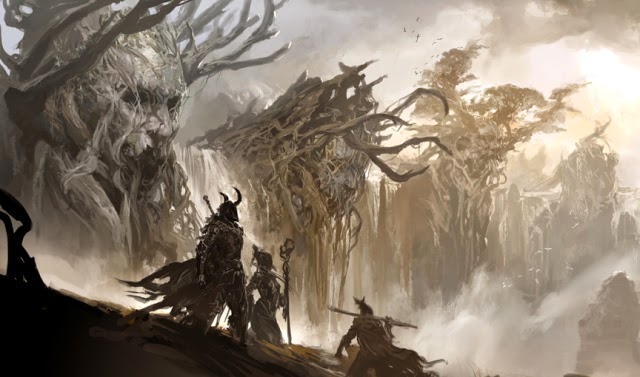 The remains of the Old Gods seemed to watch silently as the heroes passed. They had ventured once to the earth, wanting to better acquaint themselves with the beings they created. However, those beings were primitive and, not understanding who the deities were, waged war and slaughtered their creators. The Gods were weak in their Avatar state, even though they were giants. Once killed, their essences remained, haunting this lonely mountain pass.
Posted by Mel Chesley at 4:00 AM

Very creative. Now the Gods watch over them forever.

That picture is so eerie, can totally imagine walking through that silent corridor D: