Just A Little Something Extra...

Well, now that the April A-Z Blog Challenge is over, I can share some things with you. April tends to take up a lot of my creativity and time, so extra posts were just out of the question.

Over on Facebook, I was invited to be an Admin on "The Fantasy Tavern" page. One thing I have really enjoyed doing over there is adding fantasy artwork with a short 'caption'.

By caption, I mean flash fiction. Some of the artwork was pulled from wallpaper sites, I have yet to research the artist. But if the artist is known, I will list it.

So I thought I would share some of them with you now that the A-Z is over. Enjoy! 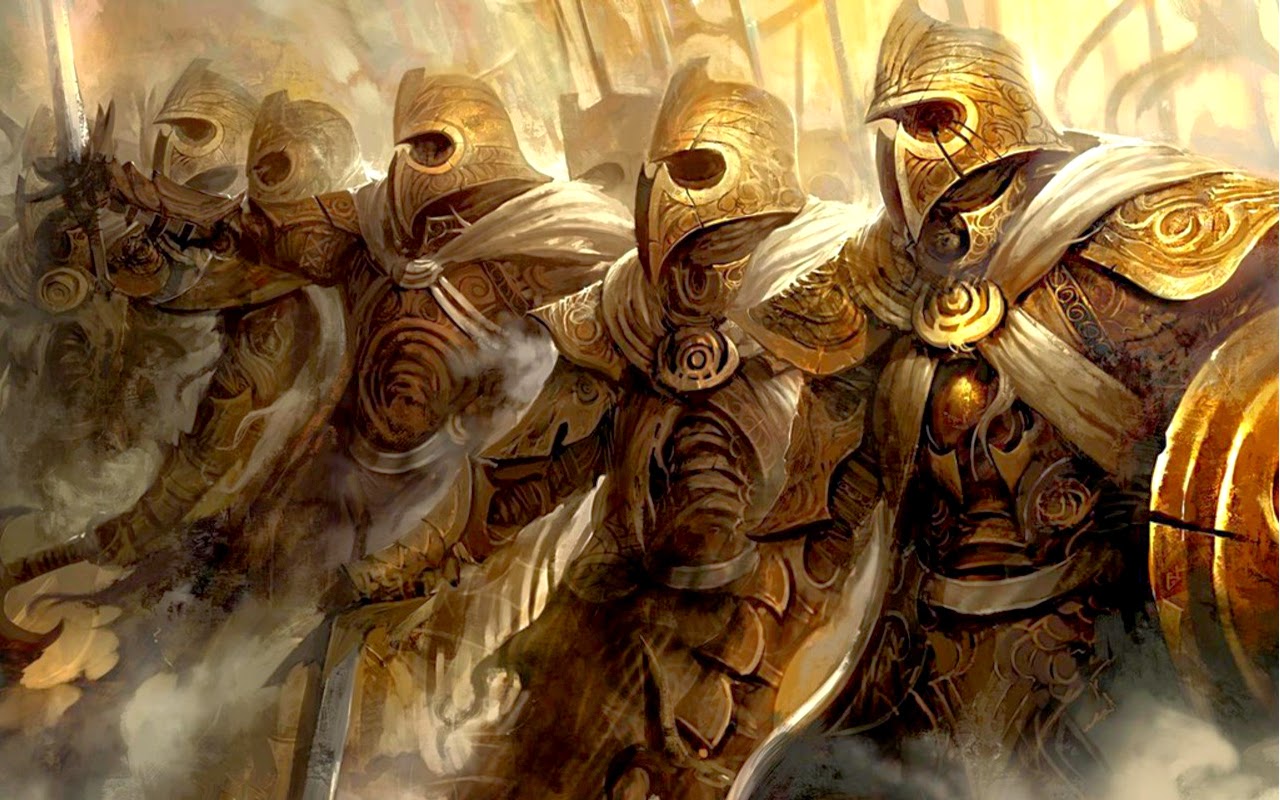 "They stood like stoic statues, forming the line, the barrier the enemy would have to break through. They were the King's Protectors. If they fell, so would the King, and none of them wanted that shame and disgrace tainting their families while they passed on into the Afterlife."
Posted by Mel Chesley at 4:00 AM

That's a fantastic picture. And the flash fiction you added really gives that extra level of depth to the scene.

That's good! They are like Spartans.
Congratulations on being an admin for that group.

Link the Tavern!!! Thanks for spreading the word!

Nice pic. I like the idea of writing flash fiction to art posted. Sounds fun. Thanks for sharing.
Juneta at Writer's Gambit