Hmm... that's a very open ended question there. But in this case, I'm referring to stories in general.

How many stories do you work on at once?

Personally, I can only focus my attention so far. Which means, I can only work on one thing at a time. But that does NOT keep the ideas from flowing in! I have well over a dozen ideas sitting, waiting patiently in the wings.

Every so often, I have to get the ideas that come down on paper somehow. More often than not, I'll resign myself to the couch, notebook and pen in hand, and write out as much of the details as I can without getting completely sucked in to a new project. I have a composition book for each one. Working titles written on the cover.

I even have one designated to short stories. I think I need an intervention.

Every time I go to Wal-Mart, I pick up at least 3 or 4 more. I have two blank ones, but I already have an idea for one more.

I'd love to work on more than one idea at a time, but I've tried doing that and it just all gets too jumbled. And more ideas start creeping in. So I'll just take my time and do one, complete it and move on.

How about you? How many stories can you work on at once? 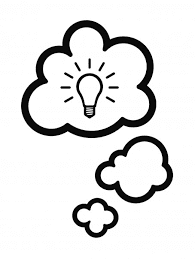 I can only focus on one at a time.

In theory I focus on one, but I always have other ones simmering in the background at different stages. So if I get inspired I will pull out another tale. But I try to finish draft one, leave it for six months and in that time work on something else.