It's November 1st. Ladies and Gentlemen of Horror 2017 is now available! So today, I have an interview with the creator of the anthology, Jenna Miller. Not only is she the one responsible for this wonderful, creepy collaboration of chills and thrills, she's also a contributor as well. Let's get on with the interview! Her answers will be in green. 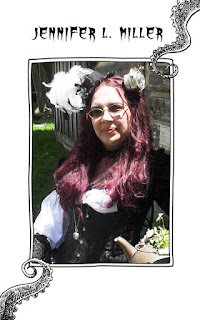 What inspired Ladies and Gentlemen of Horror?

Way back in 2007, just after I’d published my first fantasy novel, I was invited to contribute to a horror anthology (Concrete Blood: Dark Tales of the City) – it was so much fun and I wanted to do my own anthology. We were also just starting Word Weavers (a writer’s group) at the time, and doing anthologies through there … I wanted one that was just for women, and more importantly, just for women in horror. When I approached people about it, I got mixed responses. A lot of women didn’t want to do it. I got a lot of flak about exploiting women and how it wasn’t “positive.” I also had a few guys who joked about not having a men only anthology.

So I decided to do both, a Ladies and a Gents, and a combined.

How often have you contributed to the anthology?

What was one of the hardest scenes you’ve ever had to write?

The rape/cannibal scene at the beginning of Addiction.

How does your family feel about the production of the anthology?

They’re encouraging, but hate that they essentially lose me for the few months I work on it.

Why do the proceeds go to the American Cancer Society?

The anthology doesn’t make enough money to pay each contributor much at all, so in 2013 the group decided that donating the profits to charity would be best. As a group we chose breast cancer, but finding a charity that actually puts your donations towards the cause is hard, and that’s why, after much research, we chose the ACS.

I’ve asked all the authors, now I’ll ask you, too. Do you Google yourself?

Sometimes, and while I have one of the most common names ever in the history of ever, I’m always in the top ten or so. Which is scary.

What is your preferred genre for writing?

Horror, though I do love the occasional dabble into fantasy and sci-fi.

How do these contributors make you feel?

I love my contributors. Each and every one has taught me something and helped both me and the anthology grow. I’ve developed long lasting friendships and also learned a few hard lessons working with people from all over the world over the last nearly ten years.

Has the success of the anthology grown over the years?

Yes. Bit by bit, I see its popularity growing. Even now I’m booked up for the next two years in both the fantasy and the horror—which is hard to fathom, considering as I used to have to sell my soul, and seduce or otherwise entice people in order to get contributors.

How does one contribute to the anthology?

Thanks so much for your time, Jenna! I wish you much success with these anthologies as time goes on.

Don't forget, you can purchase your copy of the anthologies now! 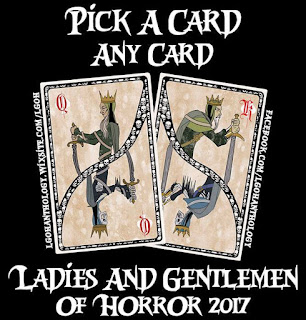