It's been a while since I've done a book review. I still love doing them, but sometimes I don't get a chance to read much.

Even so, I'm very happy to do this one. 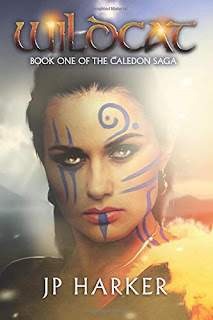 Where to buy: Amazon

Book description: Rhianwyn of the Caderyn is conflicted about giving up a warrior’s life to become a wife and mother, but her love for her new husband is enough to at least make her consider it. However, with the conquering Gaians moving ever closer to her homeland a peaceful life may no longer be an option, for Rhia or for any of her people. With rival tribes, old suitors, and the dangerous General Lepidus to contend with, Rhia soon finds her new family in unprecedented danger, and her choices now must be about more than just herself... Wildcat takes place in a fantasy land inspired by Iron Age Britain and follows Rhianwyn's story as she encounters a civilisation unlike any she could imagine, and is constantly forced to learn and adapt through trial after deadly trial.


My thoughts: First, I must warn you, this book is quite long, but worth every word. Second, there are some scenes that may be triggers for some. (Most importantly, a rape scene).


Now on to the book itself. I loved it. You're brought in, first to one world and a way of living, then brought into another. War is a constant. You find yourself intrigued with the way Rhia lives and how she interacts and inspires. But, as will happen in these times, people you love will be taken away. Rhia proves to be a strong female character. After being torn from one lifestyle and then eventually embracing the next, you get to watch her struggle and how she grows from it.

I enjoyed this book very much and the historical aspects of daily living, war and tactics were spot on. I highly recommend the read. Very well written.