Wow, you know I had the hardest time coming up with a post for the letter H? Then it hit me like a ton of bricks.

Honor means different things to different people. Personally, I think guns are cheating. There is no honor in killing someone with a gun. (Not that killing people is glamorous, mind you.) I mean in war.
Before guns, there were catapults and trebuchets, things that could launch rocks from huge distances. Bow and arrows, again accomplished the same thing. But these things took great skill to fire. (I will get comments about guns needing skill too, I am sure.) But it took massive amounts of people to move catapults and trebuchets. It took strength and skill to fire off a bow.

Soldiers fought hand to hand combat with sword, spear and shield. When those weapons were lost, they had their bare hands. I don't condone killing for the sake of killing, I'm also a peaceful person, not a warmonger. I don't condone war, but if you are going to fight, don't be cowardly about it. Be honorable!

Honor also means, to me, being loyal to your family, your spouse, your children. Friends. And another H word goes hand in hand with Honor. Honesty. Humiliation. Don't grovel at someone's feet for pity's sake, but show you have humility, show you are honest and trustworthy.
This is why, when I write, my characters tend to have Honor deeply ingrained. While they all have their own views of what Honor is, they still have it. I refuse to put guns in my fantasy writing. But that is not just because I don't think they're an honorable way of combat, I have personal issues with guns as well.

My MFC (Main Female Character) is a lot like me. She's honest, even though it gets people mad at her. She's loyal, she's honorable. She gives everyone the benefit of the doubt, puts her faith in them and trusts them until they do something to prove her wrong. She will give them second chances, after that.... forget it. It would take a lot for them to come back into her good graces.

What does Honor mean to you? 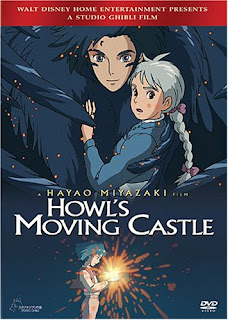 Favorite H band: Hoobastank. Favorite H movie: Howl's Moving Castle. And just to toss it out there, my favorite Holiday is Halloween! Hehe!
Posted by Mel Chesley at 7:00 AM

Loved this post. I hate guns and killing and war too. And I dislike people who are selfish, though I still give them a chance, even when my first impressions aren't too crash hot. Knock me down twice, and I'll just get up and walk away.

Honor. Brilliant! :) I had some dictionary fun with the letter H lol

What a great word to celebrate 'h'. What does honour mean to me? Integrity, staying true to yourself and your loved ones.

Thanks for making me think about it!

Honesty and honor are things I treasure as well.

Great post! Although I do believe there can be honor with guns... if you've read Stephen King's DT series you know what I mean. :) But I do see what you're saying.

I love using Honor as your H word... never woulda thunk it!

Have a great weekend!

I have read the DT series! And yes, I suppose in some cases there is honor with guns. I just don't look for it and rarely have it come up and bite me in the bum. :D

Thanks everyone for your comments! I do appreciate them. And I won't stop saying that.

I don't see how everyone is doing these alpha posts. I love them, but I don't think I could ever think of a work for every letter. LOL. Great post!!

I hope you have a great weekend!!

Awesome "H" post! I had trouble thinking of a topic for this one! :) Big difference between humiliation and humility though. :) Interesting take on guns and the mechanics of war. I'm pretty peaceful as a general rule though living in the Southwest most everyone I know owns guns. Personally I think I'd rather have a trebouchet or a bow and arrow! :)

On a side note ... Thanks so much for the time you are taking to really read and comment on each post! The support means a lot to me and I know to others!

I love to play with people who have one view of honor, and then learn something and it changes... I like action that makes people grow. I tend though, to not be terribly traditional about it. I like characters with their own take... something others might not approve of. Great post!

Honesty is one of the most important qualities to me and one I try to live, every single day.

What's honor mean to me? Hmmm...I guess staying true to yourself no matter what outside influences encourage you to do.

Honor goes two ways as a verb and a noun. Honor entails respect and good values.
Love the Hoobastank song that's called "The Reason" or whatever its called.
If you like Halloween you may want to look in the Tossing It Out archives to my first posts in Sept & Oct. of 2009-- most of my earliest posts were on the topic of Halloween. Hardly anybody read any of them.
Lee
Blogging From A to Z April Challenge