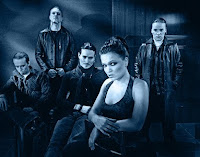 Nightshadow! This is going to be a good post. I am going to introduce you (or re-introduce you) to one of my all time favorite characters.

She's soooo much fun! Nightshadow is an assassin. I created her when I played LoC (Legends of Cosrin) and had so much fun role-playing her. When I first created her, no one knew I played her. When people found out I played her and my other character Kayta... well they'd flip out. It was fun.

Half the time people forgot I played both. But I digress.

shadow is the only daughter. Her father was the King's hired assassin and they lived a life of luxury. He kept his job a secret. For all his wife and daughter knew, he was a Nobleman, for the king called upon him frequently. Nightshadow's real name is Teresea Fershand. The day she discovered her father's secret was the same day her world came crashing down.

Promised to another Nobleman's son, Teresea was to marry finally at the age of 19. She was a handful, fiery in temper, as quick with her tongue as she was with a blade. She didn't want to be married. Her parents tried to force her into it and she fought it every step of the way. Her father finally convinced her it was time, to please bring honor to the family by doing this huge favor. She'd do anything for her father. Little did she or her father know, her fiancee knew her father's secret.
Nightshadow's parents were killed by her fiancee and she would have died as well, if not for her quick thinking. She fled, carrying her knowledge with her and vowing revenge on the man who killed her parents. She ended up living on the streets to survive, always moving as the search for her grew. When Nikkolani found her, he knew she had talent and trained her to be one of his deadliest assassins.

She knew she followed in her father's footsteps and that the same fate may be in store for her as well. But she had vowed to never fall in love, to never put her family in danger. She was prepared to live a life alone. Or so she thought. 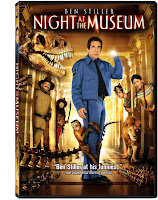 Favorite Band: Nightwish. Favorite Movie: Night at the Museum (1 & 2) (And Night at the Roxbury too!)
Posted by Mel Chesley at 7:00 AM

Oh My Goodness! I LOVE the Night at the Museum movies! So funny! Never did get into the role playing games you seem so fond of though! :)

Nightshadow is a great character! :) It's freeing to have one like her in your repertoire! (carp--used a big word. ow!)

Cool. I think I need to investigate this 'role playing' thing a bit more, I keep hearing about it everywhere, but I imagined people turn up to a location and act out a scene like in community theatre - guess not, I'm intrigued... :-)

Ahh yes, roleplaying can be very fun and very integral in writing. I think it is what has helped me keep track of so many different, diverse characters and also helps me shift from one frame of mind to another rather quickly. I sort of feel like I am on a stage acting out a character. I would suggest looking for a group of people who play Dungeons and Dragons either in person or even online. Online makes you write out exactly what you are doing with the character you choose. It is pretty fun and I highly recommend it to writers of all genres.

You know, that's a really good comparison, Mary. She discovers early on that the night and the shadows hold sinister things. So when she meets up with Nikkolani and he asks what her name is, she tells him Nightshadow. She never reveals her real name until much later and only ever to two people. Tyren, which whom she's forced into so many situations they end up falling in love (much to Nikkolani's delight...), and again later to Black Rose. Both are stories for another time, though. ;)