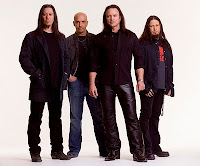 Ahh, Q. Quality, quantity, quarantine... Hmm... I don't want to be quarantined. But those are a few of the Q's that come to mind. Minding my P's and Q's, that is what the blogging challenge is all about. Minding A's and D's as well.

I could go with the obvious post, but where would the fun be in that? See. We could go the route of Questions.

So let's do that. I will dedicate this Q post to a day of Questions. If you have any, ask away! I will answer to the best of my knowledge and respond in comments.

I do happen to have a character I am working on with a name that begins with Q. His name is Quagha Li'endrin. (Kwag ha Lee en drin) Quagha is going to be the grandfather of my character Alabassin (Al uh bass in). The WIP containing Quagha is years before Alabassin is even a thought, let alone Alabassin's father, Mandorak (Man door ack).

Quagha, in Legend of Black Rose, is trying to force a neighboring kingdom across the strait into an alliance. They're not a very large kingdom, Jenlakai (Gen lah keye), the size of their army would barely dent a tenth of Relavia's army. What Quagha is interested in most is the tactical advantage they would provide. He'd be able to utilize their ports and ships to gain a fractional advantage over Paridzule which would be just enough to tip the balance in Relavia's favor.

Quagha intends to force Jenlakai into this pact by producing his cousin to marry the king and queen's young daughter. Instead of welcoming Quagha with open arms and open vaults, they usher their daughter out of the kingdom under the cover of night. This is sort of what Quagha expected, so he decides he will take the kingdom by force, destroying towns and villages every day until the daughter is returned and properly married, locked into a treaty.

Ahem. Sorry, I got carried away. I don't want to give out too much information! Hehe. And don't forget to ask those questions!

Q is a tough one. I'm still procrastinating and trying to figure out what to post about. :-)

Thought I have to go with Quigley Down Under for my favorite Q movie. :-)

Well done on a hard letter,

I enjoyed this very much, a pleasure to read.

Favorite Q movie is definitely Quigley down under...love that one!

Ah yes, Quigley Down Under was a good movie. I love Tom Selleck, he's a cutie pie. XD

Good post. Here's a question for you. What's your favorite quote?

I'd have to say I have two.

"Hope not ever to see Heaven. I have come to lead you to the
other shore; into eternal darkness; into fire and into ice." from Dante's Inferno.

Great movie; great band! Now, you have me thinking of my favs!

Hmmm...Qs are hard. Can I cheat and say "Quantum Solace"? The James Bond movie? :)

Good one Samuel! I didn't think of that one.

Like Summer, I would have to go with QUIGLEY DOWN UNDER for my favorite Q movie. Then again, when I see my MC, Samuel McCord, in my head, I see Tom Selleck as Quigley. Come by and visit my blog, WRITING IN THE CROSSHAIRS, why don't you? Roland

Love this name. Alabassin! Is that an actual name or did u make it up. Also your book sounds good. Did you read Kristin Cashore's book, Fire yet? Sounds a little like yours.

I love the name Alabassin as well! I have several websites that generate fantasy names, but sometimes they're way too long! I think I actually cut down the original to come up with Alabassin. Most of them I come up with myself, though. Thanks for coming by!!