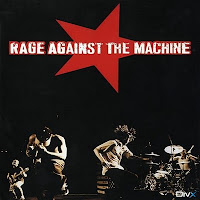 Well, let's see. R could be for lots of things, but in my case it will be for Rituals and Rulers.

Let's start with Rituals. Not writing ones, mind you, but ones I've created in my world. Rituals are very important and have not strayed very far from the original in hundreds of years. 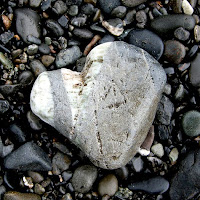 Marriage: My marriage rituals begin with a Kissing Stone. As simplistic as it sounds, it is still a ritual held in high regard. A man who is interested in courting a woman would first find a small stone. More often than not, the man would scour riverbeds looking for ones shaped like a heart. He would then present it to the woman he had his eye on. If she kept it, her answer was yes. If returned, it was no and the man would throw the stone back to the river. Or where ever he discovered it. Over the years, of course, the Nobles used the ritual and would sometimes use gems instead of stones.My Alabassin, heir to the throne of Relavia, is a sweet, simple man. He actually went out to find a stone to give to Kayta, daughter of the king and queen of Paridzule. When she accepted, he let her choose her own wedding ring. Another ritual he followed. Most of the men later on would buy the ring for their intended rather than let them choose their own. By allowing the woman to choose her own ring, it showed she still maintained her independence and was not insulted by the man who chose for her.
Rulers: The ruling families of my world are stuck in the Feudal society, apparently. The throne is passed down from father to son or mother to daughter in some societies. I may have to break the mold somewhere and have a kingdom vote upon their king or come up with some other method. I've always felt that fantasy should follow Feudal society rules, but then again, rules are made to be broken. Right? Right. (Look lots of R's!)
That's just a small taste of things I have worked on. Hope you enjoyed it. :D

Favorite Band: Rage Against the Machine. Favorite Movie: Raiders of the Lost Ark.
Posted by Mel Chesley at 7:00 AM

YES. Rage Against the Machine is AWESOME.

i realize now why i love you so much.

I found this great to read,it never ceases to amaze me how many different subjects one reads doing this challenge each of us has the same letter yet all different blogs,
Thanks for sharing yours.

Oh, and Raiders was one of my all time favs too. I can't tell you how many times I saw it in the theaters when it came out. 6? 8? I was disappointed with the sequels though.

I'm with Mary: I love that stone ritual! The world you're creating sounds so interesting.

Yes, great ritual! I love reading people's ideas for world-building. All so different!

I watched Raiders so many times when I was little, but it wasn't until I was in my teens, probably, that I could face the ending scene when they open the Ark. To my child's mind, it was beyond terrifying to see their faces melt... :-)

Great post! Oh, and so you know--I have 95 followers and you have 93! We're so dang close to having our contest drawings!

I love the stone ritual too :)
and Rage Against the Machine? Well, let's just say my teenage years were spend getting head injuries over them! LOL

Yvonne - I know! I can't believe the diversity of the posts myself. I have so many to read, lately and little time to do it in. I hope no one feels bad if I don't always leave a comment. I do try.

And yes, Raiders of the Lost Ark was awesome. My first Indiana Jones movie was actually Temple of Doom. I had to beg my mom to make my brother take me. He thought I would have nightmares. But no, I fell in love with Indy and wanted to be an Archeologist too!

Thank you, everyone, for your comments and support! I appreciate it.

Oh, cool! I'd never heard of the kissing stone ritual...very intriguing. Thanks for sharing!

Hey Caledonia! thx for popping over to my blog..First, I LOVE Rage Against The Machine!!!! And my son when he was little found this huge, about 6x7 inch river stone shaped like a heart that he lugged back on our hike smiling big the whole way! Loved the ritual. Thx for posting!

I like the ritual.
But what if the answer was "maybe"?

Aha... good question, Al! Most of the time, the girls would hold on to two or three stones before returning them. They have the opportunity to take their time, they don't have to give them up right away. It was not unusual for a girl to have several Kissing Stones in her jewelry box. If she didn't remember who gave her which stone, she'd just hold them all and make the boy pick out his when she said no. Kind of harsh, but that doesn't happen often. At least I don't think it does... yet. :D