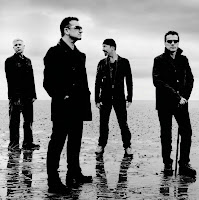 Wow, the closer we get to the end of the Alphabet, the harder it is to come up with topics.

I'm sad this is going to be ending soon, but I am looking forward to May 3rd. Read this to find out more.

Now back to our regularly scheduled letter of the day... U.

Sometimes I think people can write up some interesting characters. I'm going to go back to Nightshadow for my example of someone being underhanded. Nightshadow, mind you, is an assassin. She is one of the elite, a D'raetus Pastiniir. (Dee ray tus Pass tin ear) (Hehe pass tin ear, sounds like I want you to pass the tin ear I can't hear, darn it!)

When Nightshadow is taken in by Nikkolani (Nee coe lah knee) she shows incredible talent and skill with various weapons. The fact that she's a woman and can hide lots of them in discreet (and not so discreet) places is a bonus. She has concocted her own special poison, used from a plant called the Dragon's Tear, found only on the island where the dragons and Dargorians dwell. How did she obtain such a plant? Well, we'll discuss that someday...

So with this poison, she's also created the antidote. She coats each of her weapons with this poison. When she is sent after someone, she uses those weapons and brings the antidote with her. Not for her own, personal use, mind you... but to gain something. See, she offers up a second chance to whomever she's meant to kill. She dangles that little vial of antidote in front of their nose and tells them they have a chance at living, at redeeming themselves. When they're gasping for air, dying right before her eyes and begging her for the antidote she tells them it comes with a price. Not just coin, but something more. If she's been sent after them to kill them, what are they going to do differently now that she's offered up this second chance. Are the going to seek revenge and come after her? Will they keep walking the path that brought them to this point or will they change? What will come from saving their life? That and she asks for a good amount of money, dumps the antidote into their mouth and makes sure they swallow and leaves no trace of the antidote for someone to replicate it.

But while she can be underhanded, so can Nikkolani. He is the one who forces her to always work with Tyren (Tie rehn) with the hopes the two will fall in love. Which they do. Sadly. Because with Nightshadow and Tyren working together and caring for each other on such a level, they're willing to do almost anything. If Nikkolani sends Nightshadow out on a potentially dangerous task, one she's never faced before, he *knows* Tyren will go with or at the very least, follow her. So he's able to use the two of them like his own little puppets.

Nightshadow knows what Nikkolani is doing, as does Tyren. But Nightshadow is willing to sacrifice her feelings, to leave the D'raetus Pastiniir and Tyren behind to make her own way in the world. To stop walking the path of destruction that claimed her father's life and do something better with her own.

Oooh... did I just give something away? Maybe. But that is because I like you guys so much.

Favorite Band: U2. Favorite Movie: Underworld.
Posted by Mel Chesley at 7:00 AM

Once again you have come up with an interesting blog.
Very good to read thanks for sharing.

Nice U post! I love reading about your fantasy world.

Have a great weekend!

U would be a hard one to figure out! I like how you did it, though!

Thanks for your comments! I'm still struggling with the last letters left. Should be interesting to say the least. ;)

You did U proud; I struggled with this one. I'm good til we get to X!