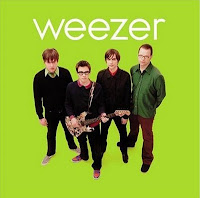 Lookit that! Three W's in the title alone. Sweeeeet. Well, what shall we discuss for W?

Okay, okay I will give in and go with the obvious... Writing!

What prompted me to become a writer... well let's see. I read a lot when I was a kid. My mom used to read a couple of books a day and I always wondered what captivated her attention so much about these books? My mom would read just about anything. When I got old enough, I started reading a lot too, because I discovered the secret. How books could take you away to far off places and times. I read the "Little House on the Prairie" books over and over and over again. I had the whole set. I took very good care of those books.

Later on I would read those "Choose Your Own Adventure" books where you would read to the end and it would ask you, "What now? Do you go down the tunnel with Famir? Or do you go home?" Whatever option you chose, you had to turn to a new page... you get the idea. I would always go back and choose something else so that I could read the entire book.

What does this have to do with writing? Lots! Every writer should also be a reader. I've learned that lesson well. There are times when I don't have anything to read and my writing tends to suffer. Strange. But, because I read so much and fell into reading fantasy, it gave me a desire to write. I didn't know it at first.
I started off writing fan-fiction with a friend of mine. I wrote off of the Elf Quest graphic novels. I've said that already in a post. But when I was 19, I played my very first game of Dungeons and Dragons. My boyfriend at the time was a geek, but he looked like Duckie from Pretty in Pink. (Jon Cryer) He was a cutie.

Anyway, here I am, the only girl in a room full of boys who are in awe of the fact that I'm someone's girlfriend and I am willing to play D&D. It took awhile for them to get over this. Soon they were helping me create my character. They asked me, "So what race do you want to be?" then gave me a list to choose from. As soon as they said Elf, I nodded enthusiastically. One of them rolled their eyes at the fact that of COURSE the GIRL picked the ELVEN race... sheesh. Then they asked me what I wanted to be. I didn't want to be a fighter or a mage. They already had plenty of fighters and told me mages were weak, in stage whispers. When they said Ranger, I asked them what that was.

Yeah, I had no clue.

Well, Rangers use bow and arrow and can track really well... the bow got me hooked, I had taken archery in high school and was pretty darn good at it. Never competed though. So here I am, creating an Elf Ranger. Okay, what do I want to name her?

Again, no flippin' clue I had to go through so much trouble to create a character. But I. Was. Hooked! I chose Kayta. Kay is my middle name and whenever I tell someone this, they smile and nod and ask what does the K stand for? ::Facepalm:: So I thought, let's add something to the K-A-Y and so Kayta was born.

She began as an Elven Ranger with long, curly black hair and green eyes who was the mate of another Elf named Dirk. (Or as we liked to call him, Dirt. Mud when it rained. Slush when it snowed. I actually told the Dungeon Master in a fight that I was going to hit the dirt and he rolled the dice. I did two damage to Dirk, my boyfriend.)
So from D&D I moved Kayta to a story. She was a part of the Underworld and trying to save mankind from her father. That story fell flat. I had no idea what I was doing, but I was writing it well.

From there, Kayta evolved. She moved onto the computer. At the time, I worked for AOL in tech support and security. One of the guys I had trained with who was on my team had this window up between calls. I couldn't figure out what it was, so I went over to him on break. He was playing "Legends of Cosrin". At the time, it was a game AOL offered up for people to play and they charged, get this, $2.99 an hour. An HOUR!! I can't begin to tell you how much of a bill most of my friends racked up playing this game.

Ahem. I didn't have to pay cause I worked for AOL. BUT! I wasn't allowed to tell them that. No AOL employee was allowed to let people know they worked for AOL when playing those games. So people didn't really know how me and a few of my friends could afford to play ALL. DAY. Long. They learned later when the game was moved from AOL and payed for privately.

In Legends of Cosrin, Kayta went back to being an Elven Ranger, but with a kick. She was half elf, half demon. Her back story was that she had just run away from home. Home, mind you, being the Underworld. She carried with her THE Book of Shadows. The book that contained every spell known to gods and man in the universe. She stole it from her father, who was planning on taking over the Underworld. At the time, I thought, what a cool story! But all the other people muttered about how I was "god-mudding". Which meant I had made my character powerful and untouchable without even realizing it. I didn't know I had made her powerful, I just thought I had made her INTERESTING. Go figure.

Then, while playing LoC I decided I wanted to write stories of all the characters I had along with all of my friend's characters and place them in a large, diverse world. I wanted to tell, originally, how they all came to be a part of this little city in LoC, where they came from, what their background was. But lots of things changed. I like where I am taking them these days and so do they. I'm doing something with their characters (and a little piece of them as well) by immortalizing them in my writing. Now, I just have to get published so everyone else can enjoy them as much as I did.
And I apologize for the length of this post. I hope it was in the very least, entertaining. So that is how I got into writing. How about you?

Favorite Band: Weezer. Favorite Movie: While You Were Sleeping.
Posted by Mel Chesley at 7:00 AM

A most interesting read, I really enjoyed it, such a lot I have learnt today,Thanks for sharing.

I always enjoyed those "Choose your own adventure" books in fact I might even go home right now and make one :)

Very interesting! Kayta sounds awesome. Playing the Geek card here... didn't realize you meant Underworld as in hell 'til I read about the half demon part... thought she was from the Underdark and a Drow! HA! Yeah... big ol' geek.

Anyway, thanks for sharing your story! You and I definitely come from similar backgrounds. :D

See, we're soul sisters. I go back and choose all scenarios to read the whole choose your own adventure book, too! lol

While You Were Sleeping--love that movie. Totally. Love. It.

And Cheri, we knew we were soul sisters. :D But yes, I could not put it down til I went down every path. hehe!