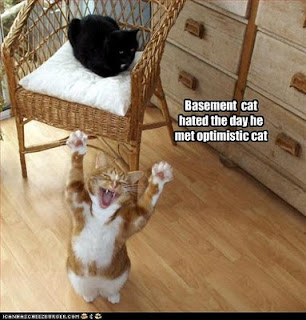 This is a meme, my first ever, started by the Book Buff. This is her post for the day.

I know lots of characters who have it worse off than myself. There are always characters in dozens of cases of trouble! More often than not, when I am reading, I find myself lamenting, "Oh, poor so and so!" It just seems like certain characters just cannot find a break.

Like Frodo, in Lord of the Rings. While Frodo chose the burden of carrying the One Ring to the fires of Mordor, he certainly did not have to go through half of the obstacles placed before his furry little feet. He had a good life in the Shire, played match-maker for Samwise and drank lots of ale. But once the ring entered his life, it all went downhill from there. Fate can be cruel sometimes. 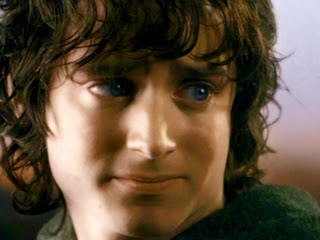 Being stabbed by one of the Ring Wraiths. Being hunted down like a rabbit bound for the cook-fires. Even when he rid himself of the ring and was rescued, he returned home to find nothing there for him. It no longer held the luster and beauty he fondly remembered on his journey to wipe evil from the world.

His reward was being allowed passage on the ship of the Elves heading west, but it meant leaving all he had known behind. Again.

So yes, if I had to choose someone who has it worse than me right now, it would be Frodo Baggins of the Shire.
Posted by Mel Chesley at 1:51 PM

I hope he's many levels worse off than you!