If you could be any of your favorite television characters from a show, who would you be? 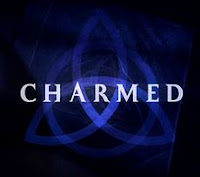 I'm such a huge fan of Charmed. I have every single season on DVD. I'm such a geek. Of all the characters on that show, I would love to be Piper Halliwell for a day. It isn't just about her cool witchy ability to freeze things or blow them up. Although, that would be a super bonus! It's just her total personality.

She was the middle sister for so long, trying to keep the peace between her oldest and youngest sisters, Phoebe and Prue. Of all the sisters, she was the only one who did not like being dragged into being a witch, but ended up being the most proud of her heritage. She still fought against it, don't get me wrong. She just wanted to be normal, have a normal life.

She went from being the middle sister to the oldest and struggled to carry the family through the rough times. But she was strong willed, funny as hell and cute to boot. I admired her character. I think she was one of the best written ones on that show. I liked them all, but Piper was my favorite, I connected with her the most.

So if you could be any of your favorite T.V. characters for a day, who would you be?
Posted by Mel Chesley at 7:00 AM

Mal from Firefly! Or Jack from Stargate SG1. Both have snark.

Peter Petrelli from HEROES, but only from the first season when he could absorb anyone's powers, and thus he could fly, run superfast, and become a master of time and space.

In that case, I call dibs on The Doctor. He's completely geeky and a little bit bonkers to boot, so I'm good with that.