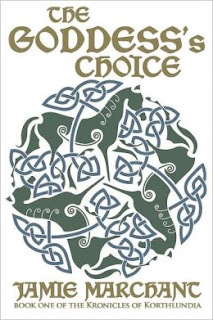 Samantha’s ability enables her to discern a person’s character through their multi-colored aura, and Robrek’s makes him the strongest healer the kingdom has seen in centuries. But their gifts also endanger their lives. Royals scheme to usurp the throne by marrying or killing Samantha, and priests plot to burn Robrek at the stake. Robrek escapes the priests only to be captured by Samantha’s arch-enemy, Duke Argblutal; Argblutal intends to force the princess to marry him by exploiting Robrek’s powers. To save their own lives and stop the realm from sinking into civil war, Robrek and Samantha must consolidate their powers and unite the people behind them.

This was an awesome read! Now, I first have to warn you that this is absolutely an 18+ read. There is some sexual bits and language.

With that out of the way, let me just say I was sucked into this story from the moment I began. The story moves along at a very good pace, not too fast but not slow, either. The world is well developed as are the characters. It kept me up long into the night, reading. I didn't want to put it down until I was finished.

Samantha is a strong female character and Robrek is her equal. Neither of them make the other feel inferior. The other characters are just as developed and hold their own in the story. There were two instances I wanted closure from, but feel I didn't get, but that's okay. It leaves room for me and my imagination to hope that it did come about.

The only other issue I have with this book is it could have had another proofread. But the typos weren't so overwhelming as to affect the flow of the story. I did also contact the author about the formatting of the ebook for Kindle, but again, I didn't let that stop me from reading. This. Book!

If you like epic fantasy, sword and sorcery, you'll like this book. Jamie Marchant is an author to keep an eye out for. I'll absolutely be picking up other books!