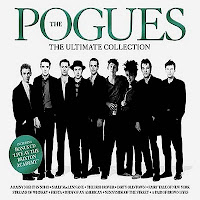 Okay, I feel rather silly, as there are days where the letter coincided with characters or places of my world. I didn't really want to blog this entire month just about my world and writing. Trust me, I would have burned out and would not have finished out the month. But I am going to try to be a little more aware of the letters.

So for P: I give you Paridzule. (Pare id zool)

Paridzule is a southern Kingdom. Sharing a continent with Relavia (Reh lah vee uh), the two kingdoms have been warring since the birth of the world. Relavia used to be the only kingdom on the entire continent. Warriors wielded magic as well as swords. When the then Relavian king decided he wanted to war with the other continent and kingdoms, some of his followers hesitated. While the use of magic and steel made them a force to be reckoned with, world domination was not their ultimate goal. So those who chose to go against the king left.

A Civil War broke out inevitably. The Relavian king would not let his Warriors go without a fight. So, fight is what they did. When the dust settled, one kingdom was torn in two. Paridzule chose to turn their backs on magic and set their sights on becoming the best fighting force. Relavia, never one to back down, left magic to the Mahjii (Mah jeye) and trained just as hard.

No one really remembers the reason why the two kingdoms constantly war with each other, their hatred for the other has been ingrained down the line for generations. There are those, however, who dare to hope for a united kingdom once more and fight for that dream. 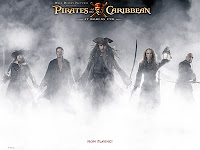 Favorite Band: Pogues. Favorite Movie: Pirates of the Caribbean. That's a big duh. I'm such a Pirate! Jack Sparrow ::Drools::
Posted by Mel Chesley at 7:00 AM

There is such alot I have learnt since being on this challenge and your post is no exception. It was excellently written and as always a pleasure to read.

Nice! I love learning about your incredibly detailed fantasy world. You have such a great imagination!!

Thanks B., its nice to hear and I appreciate your comments. :D

Hope everyone had a good weekend!

I haven't listened to the Pogues in years -- and I have a few of their albums (though probably on cassette). Have to dig them out one day cause I used to love to listen to them.

Can you believe I still have not seen any of the Pirates of the Carribean movies? I have them all on my Netflix queue, but I keep putting other things ahead of them. Someday I'll have to get all of them at once and have a back to back marathon.

Lee
May 3rd A to Z Challenge Reflections Mega Post

Loved Pirates of the Caribbean! Mind you, I'm more a Captain Norrington girl myself ;-)

hehe i love that you're keeping up with this challenge! what a great idea -- and i learn something new every time!!

thanks for sharing :D :D

Lee! You should watch them soon. I love the movies.

Charmaine, I could like me some Commodore Norrington too. He's a cutie, but those bad boys, breakin' the rules... they need better hygiene though, lol!

Thanks Gregg and Tahereh! I appreciate your comments and am enjoying this challenge immensely!